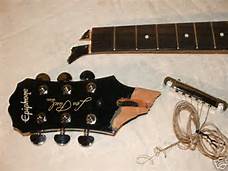 Well, maybe not, but some of us in the instrument repair business often have that feeling towards someone who neglects their instrument. Think of it!  Here’s a guy who spent hundreds, maybe thousands of dollars on a nice, new, shiny, perfectly functional instrument (let’s say it’s a guitar), and then something else catches his attention, and then his nice axe gets stuck in the back of the closet.

And years go by.

Then one day he gets this feeling he remembers from when he used to play all the time, and goes searching. Aha! There it is! As he opens the case, some dust pops out from the leftovers of when a mouse was feasting on the nice cushion that kept his axe warm and dry. And the headstock is broken off. And the strings are rusted to a lovely dark brown. And the tuning machines don’t move.

As he enters the repair shop, he hangs his head, knowing we’re thinking unhealthy thoughts about him, and says, “Um…you know…it’s been in the closet a while….”.  And we nod and smile and look it over, telling him it will be cheaper to replace the case than to fix it, and yes, we’ll have to order one to fit his very nice guitar, and the repairs, new strings, and setup will be around $400.

So we get his contact information, and a down payment on the case, and hope to see him in a week or two. It’s a story repeated every day in repair shops all over the world. 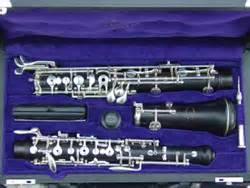 And it doesn’t just happen to guitars – brass instruments, woodwind instruments, drums, keyboards, recording gear, all have the same problems with time and neglect. Some are a lot more expensive to fix than others. For instance, an $8,000 oboe that gets left in a dank basement too long can develop a curve in the upper part of the instrument – no rust, no keys falling off, nothing obvious. That curve just keeps it from playing in tune with itself ever again.

Solution? Replace the upper part, which means order it from the factory, wait several months for it to arrive, fit it to the remaining part, set it up, and pay around $5,000. Better solution? Keep it (and all woodwinds) in a climate-controlled space, like upstairs in the living area, with some kind of regulation for temperature and humidity.  Even better solution? Keep playing it, keep swabbing it out, keep it in regular use.

The cheaper student-model instruments have issues like this, too. When I was working in instrument repairs full-time, I would see a lot of marching band horns come out from under the bed just before marching rehearsals started in early August. They had not been touched since they went under the bed after the last band concert, likely in April. 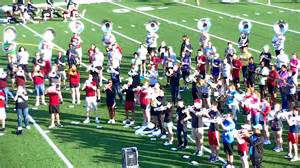 Many times these poor things would have all their moving parts crusted solid from not having been dried out and wiped off when they were handled last. Sometimes the cost of repairs exceeded their modest value, and they would have to be replaced. Other times, the cost of fixing would be agreed to, followed by an all-nighter with me trying to get several of these critters in working order for the first marching band rehearsal the NEXT DAY, because Junior forgot it was broke when it went under the bed months before!

One of the things kids learn from their experience in the school band/orchestra is that their instrument needs regular care, and sometimes professional attention. Another thing they might learn is the value of a dollar invested in gear, and that professional care is (and should be) expensive.

All the major instrument manufacturers make and sell maintenance products for their instruments. Some of these come in kit form, specific to a given instrument – for instance, the clarinet maintenance kit will come with a mouthpiece brush, a tube of cork grease, a little bottle of key oil, a cleaning cloth for the keys, and if bought for a wooden clarinet, some kind of treatment for the wood surface of the instrument. 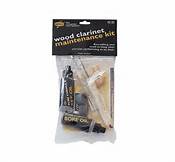 Similar kits are available for every type of instrument – guitar, flute, clarinet, saxophone, oboe, bassoon, trumpet, French horn, trombone, baritone horn, and tuba. Most importantly, each of these kits should include instructions on how to use everything in it to maintain the instrument. For instance, here’s a link  to a 12-piece guitar maintenance kit which should meet most regular maintenance needs. 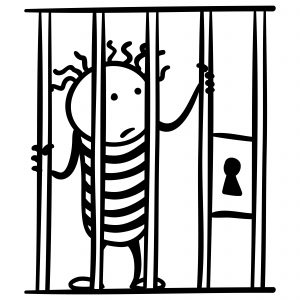 It’s simple economics, really. Spend about $20 on a cleaning kit, learn to use it, save $300 in repairs! Easy! Most repair shops will treat you well even if you’ve neglected an instrument – and why not, you’re paying their bills! But if you’ve been maintaining your instrument, we don’t even think about sending you to jail!

Your comments are welcome!

4 thoughts on “Neglect an instrument, go to jail!”