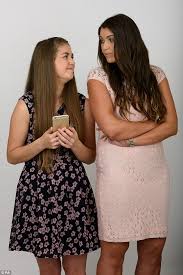 Many times, an anxious young comparison shopper (often a lady with a growing family, we’ll call her Tammi), would come into my shop and say something like, “I need a clarinet for Julie, she starts middle school band in a week, what can I get for cheap?” She’s been to the ‘rental fair’ or similarly labeled event at the school gym, where several music stores have brought their rental stock and contracts, and has discovered several things:

When Tammi comes into my shop, she’s going to learn several things:

There are a variety of other bargains like that available for all beginner instruments. The best way is to decide on what type of instrument you’re looking for, then find a reputable repair shop and see what they would charge you to refurbish an instrument that you’ve acquired.

A good way to locate a reputable shop is to check with the National Association of Professional Band Instrument Repair Technicians – www.napbirt.org. They have a list of where to find their members.

Just as in cooking, the best results come from the best ingredients. When going the ‘used’ route, always begin with a high-quality instrument. Stick with instruments that were built in the USA, (western) Europe, and Japan. I’m not excluding makers in other countries, but many of these others came to quality instrument-building only recently. The real bargains are in brands made in the countries I’ve listed. Here’s some brand names I like:

Note – I have been retired from the instrument repair business for a number of years, so these dollar amounts are now out of date, but the concepts remain the same.

Other Note – The brand names mentioned on this page are property of their respective owners: Armstrong, Bundy, Selmer, Vito, Leblanc, King, Conn, Holton, and Bach are owned by Conn-Selmer, Inc.  Pearl is owned by Pearl Corporation. Getzen is owned by the Getzen Co. Yamaha is owned by Yamaha Corporation of America. Olds is owned by F.E. Olds.

–  your comments are welcome!