‘Score Order Instruments’ is a series of in-depth pages covering all the instruments in a large orchestra, in score order.

A musical score is a large document that tells the conductor of any group exactly what’s supposed to happen at any given time, and it lists all the instruments for that piece being played, in order, from high pitch to low pitch. The piccolo is the highest pitch instrument, so if it has a part in the piece being played, it will be listed at the top.

So, we begin the series at the top of the score, with the piccolo!

A piccolo is a very small flute. The word ‘piccolo’ is Italian for, well, very small. 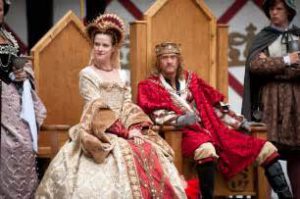 The reason that this musical word is Italian (and a great many other musical words, like allegro – fast, piano – soft, and col legno – a bowing term for violinists, meaning with the wood of the bow), is that when the Renaissance rolled around in Firenza – Florence, Italy in the 1400’s, music was just one of the arts that was heavily influenced, and the terms just stuck, moving with musicians all over the world. 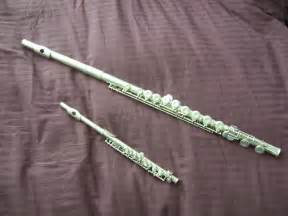 So, back to piccolo, the instrument.  It’s a small and very similar version of the flute, which is familiar to most folks.  The normal flute is about as long as your arm, the piccolo is about 11″ (66cm) long.

The piccolo plays notes that are very high, with the top of its range just about one octave below the top range of the piano (whose most immediate ancestor was an instrument named the piano-forte, which is Italian for  soft-loud). 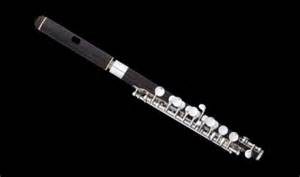 If you’re interested in owning/renting a piccolo, you’ll need to keep certain things in mind.

First of all, the piccolo, while small, is exceedingly difficult to manufacture. There are a number of schools around where you can build your own flute, but I’m not aware of a single one where you can build your own piccolo. So, keep in mind, that unless a factory makes piccolos a lot, and unless they’ve done it for many years, their product is likely to be inferior to a factory that has been building them for over 100 years.

It’s possible to buy a new piccolo-shaped object, say on the internet, for less than US$50. Let’s think about this. 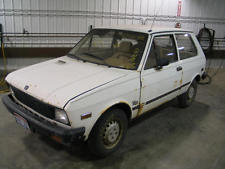 easy for many people to grasp, so here’s one for piccolos. A Yugo was a car, and the Bentley is a car. They will both get you from A to B (provided the Yugo is running!).  They both have 4 tires and a steering wheel. Beyond that, the differences between them are vast. Technology, comfort, convenience, warranty, and safety are nowhere similar between these two cars.

The analogy carries out like this for the price ranges of piccolos. A US$50 piccolo is silver (looking), has keys, comes with a case and a warranty.  An American-made (or Japanese, or French) piccolo, which retails at around US$500, is silver, has keys, comes with case and warranty, and is built by people who may have been making piccolos for generations, not just a decade.

And here’s why that makes a difference.  The experienced maker will be 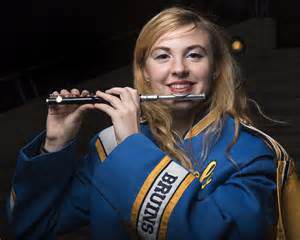 The Pacific Rim makers will often use whatever material is at hand, which may not last the first band rehearsal. Just look at the price – as with most retail, the dealer sells a $50 piccolo that he buys for $25 (the profit margin is how he pays his bills and feeds his family, I have no quibble with that). The factory makes some money on each piccolo that they sell to the dealer for that $25, so their cost of production could be as low as US$10! 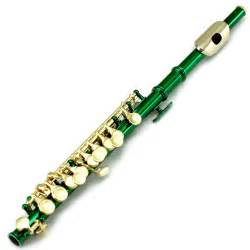 What sort of quality can you expect for a musical instrument whose cost of production is US$10?

I was a musical instrument repair technician for 35 years, and during that time I saw a lot of cheap piccolos. Most of the cheap ones were made so badly that the cost of making the instrument playable was in the range of several hundred dollars. Most folks opted to replace the broken one with a used American one, or one of the nicer Japanese or European piccolos I had in stock.

I’m the first to admit that, yes, things have changed a lot in Pacific Rim instrument manufacturing, but most of these changes have been in the area of better quality machines, and automated assembly operations. So

The result is shiny, good-looking instruments that play OK for a year or two, and then turn into unfixable mush.

The better-made instruments will have stronger, more consistent body

and head joint tubes, the solder sticking all the parts together will be of a cleaner alloy, the keys and other metal parts will be thick enough to be repairable for generations, the solder joints will all be smooth and strong, the stainless rods and screws that hold the bits together will have been machined correctly and cleanly (no burrs to catch your fingers – or lips!) , and the instrument will play in tune, both with itself, and with the rest of the band/orchestra.

So, with that information, you must choose between spending about US$50 for a shiny, good-looking, piccolo-shaped object that will become a lamp kit in just a year or two, requiring replacement because the repairs will run into the hundreds of dollars, OR a US$500 and up piccolo made by a reputable, experienced manufacturer which plays very well, is easy to fix and maintain, and will hold its value for years, and possibly generations.

Renting a nicer piccolo is apparently a lower cost option than buying one,

but be careful about the rental contract. Some are actually rent, where you must give the instrument back to the owner when you’re done with it, and you have never owned the piccolo, others say ‘rent’ when they are actually ‘rent-to-own’ contracts.  In the ‘rent-to-own’ scenario, you’re buying the piccolo over time, and will have payed about 1.5 to 2x the retail price over that time.

Some rental contracts include maintenance, and some expensive repairs can be avoided by using this option – as always with contracts, read these provisions very carefully.

Piccolo makers that are so new I’ve never seen one in 35 years of fixing them: Glory, Mendini, Andoer, Sky, Ravel, GLARRY, Paititi, Merano, Roy Benson, Hawk, Barrington, Cecilio, Di Zhao, Dixon, Durit, Eldon, Kaerntner, LADE, Levante, Luca, OPUS USA, Stagg, Tempest USA, Vento, Windsor, Yibuy, Zephyr. These are not necessarily bad instruments, but the makers (or at least the labels) are so new that they’ve never been through my shop.

All trade names are property of their respective owners.

As always, we welcome your comments!