The flute is a very old instrument. According to Wikipedia, a flute discovered recently in Germany may be the oldest musical instrument ever found – perhaps as old as 43,000 years!

The Indian god Krishna is said to be an expert flute player, and is featured

playing one in carvings dating back 4,500 years. 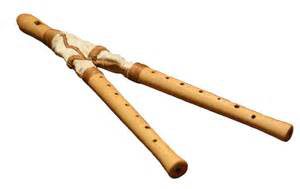 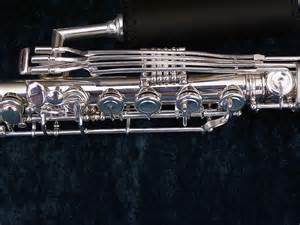 flutes made of wood, bone, ivory, bamboo, clay, and iron, flutes lined with paper, flutes made with gold, silver, and platinum. 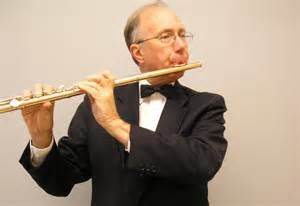 The kind we’ll be discussing on this page is the Western transverse flute – in other words, the kind we’re used to seeing in the Western hemisphere, the kind seen in today’s modern bands and symphony orchestras.

The ‘Score Order’ in the title refers to the musical score, a large document that lists all the instruments required for a piece to be played by a band or orchestra, and it lists them in pitch order, from highest pitch to lowest pitch.

In traditional pieces, the piccolo will be listed as the highest instrument, 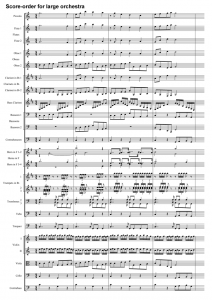 at the top of the score, and the tuba, or maybe the string bass, will be listed at the bottom, because it plays the lowest pitches.

The flute, our focus in this post, plays the second highest pitches, so it’s listed second.  In the case where a piccolo is not required, the flute will be listed first.

When you borrow one, it’s likely to be from a friend or relative. Think very carefully about this. When Aunt Edna’s flute comes back from it’s experience at your house, used, somewhat dinged up and needing repairs, how will that affect your relationship with Edna?

My 35 years as an instrument repair technician has allowed me a view to information you might find useful.

Let’s look at the maker issue.  Clearly, your student needs a reliable instrument that’s also good-enough looking that he or she is not embarrassed to take it out of the case at band or orchestra.

Information about the various makers would be valuable.

In general, the old-line American makers (Armstrong, Gemeinhardt, Emerson, and a few others) have been successfully building and selling flutes in the USA for generations.

Relative newcomers to the American market include Yamaha, Pearl, Altus, Prelude, and Jupiter. All these makers have very good reputations for making well-built and well-warranted instruments.

When buying or renting a new instrument, flutes from these makers are ones that can be counted on for quality and durability.

All acceptable new flutes will come with some kind of case, a tuning/cleaning rod, an perhaps some maintenance items. As with any complicated thing that’s also new to you, be sure to read and follow directions on assembly and maintenance.

Used instruments are a very different story. It is possible to rent used flutes from several reputable online companies, including RentMyInstrument.com

Other companies handling used (they’re often billed as ‘like new’) flutes include NEMC, Inc. nemc.com, and Music and Arts Centers link  These last two usually depend on a local affiliate music store to fulfill your contract wishes.

Buying a used flute will involve similar skills to buying a used car – locate a flute, research the brand and model, get an independent technician to look it over for repair and maintenance issues, get an experienced teacher to play test it, negotiate a price based on value and needed repairs, fix it, buy it and take it home.

To begin, check out only those brands listed above. All others are very recent to the Western band instrument manufacturing business, and I guarantee they are not experienced makers, and they’re not using high quality materials.

How could they be, when you can buy a brand new one of their Pacific Rim instruments, shipped from China, for under $50? Their cost of production is down around $10. Even if it plays out of the box, I guarantee it will be a lamp kit in two years.

A very high quality student model flute made in the US, Japan, or Europe will retail at about $500 as of this writing. 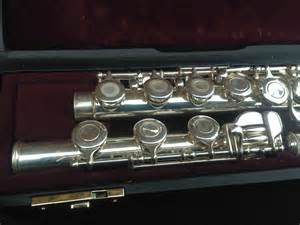 Those instruments are built of the best available parts, by craftsmen who have been building flutes for years, and their reputations have been made on quality products.

Further, let’s say that you already know something about flutes, and are so thrilled about the flute that you’re looking to start collecting them.

One way is to collect the older Western transverse flutes.  This would get you into the realm of older European makers, including those who only made wooden flutes.

Boehm was single-handedly responsible for the widespread use of metal tubes for flute making, a result of his extensive research and experimentation, searching for better tone and intonation than was possible in a wooden flute.

Louis Lot was a world class flutemaker, his company produced around 10,000 instruments before finally being sold to Strasser-Marigaux-LeMaire in about 1960.

The Rudall, Carte companies are also worthy of consideration.  There are several variants:

There are literally thousands of historical flute makers. A good quality reference for the more notable makers is An Index of Musical Wind- Instrument Makers by Lyndsay G. Langwill, out of print, but still available.

Like all collections, you will need to narrow your interests in order to do a good job of collecting.

As an example, you should check out the Dayton C. Miller flute collection, currently at the Library of Congress in Washington, D.C.  There are about 1,600 flutes in that collection, and it is said to be the most comprehensive flute collection in the world.

A further sub-specialty might be to start collecting just head joints. There may have been even more of these than makers of complete flutes.

Collecting flutes can be an exhilarating experience, so focus your desires, and give it a go!

– all images on this page, except those provided by Amazon, were gathered from duckduckgo.

– We welcome your comments!

3 thoughts on “Flute – Second in the Series, ‘Score Order Instruments’”