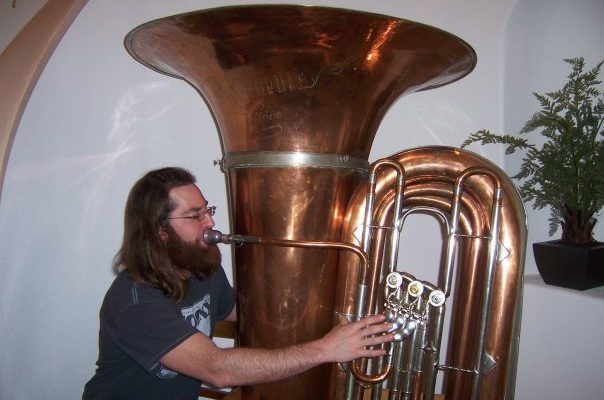 Let’s start with the last question first, “Why should I care?”. Those of you who play an instrument that’s not either of these already know a few of the jokes about them:

So, now that you’ve got a visual on each of these horns, let’s run down the question. Ultimately, you should care about the sounds that they make – in fact, you already do!

Have you ever heard the melody that goes with the character of Luke Skywalker? In the Star Wars movies, 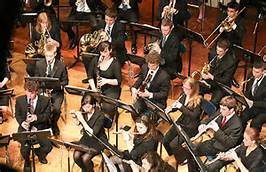 his character is always introduced by the French horn. The sounds made by expert French horn players are featured in the sound tracks of a great number of movies, such as “Braveheart”, “Wyatt Earp”, “Red Dawn”, “Dances with Wolves”, “Cowboys”, “Mask of Zorro”, “Cocoon”, the “Star Trek” movies, “Field of Dreams”, “Glory”, and a huge number of others. 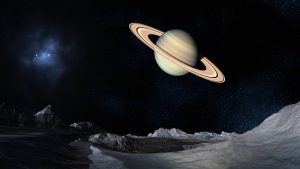 If we look at the brass section of the orchestra as if it were a vocal group, the trumpets would be the soprano ‘voices’, the French horns would be like the altos, the trombone would represent the tenors, and the tuba would be the equivalent of the basses.

Most French horns would stretch out to over 12 feet (3.7 meters) in length if the pipes were straight. 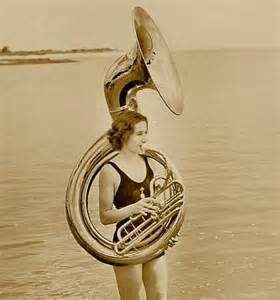 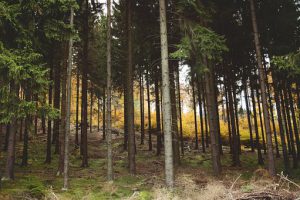 The haunting, romantic sounds of the French horn have come to be associated with movie scenes involving horseback riding, chases, heroes, the forest, outer space, feelings of love, ships-on-the-water, storms, impending conflict, and moments of longing romance, among many others.

Film composers have been using this catalog of emotional reinforcement of the specific movie scene for many years now, and to great effect.

When the “Star Wars” franchise began in 1977, it began the reintroduction of full-orchestra movie scores to the industry after an absence of at least 20 years.

John Williams, who wrote the soundtrack for “Star Wars”, helped popularize the idea that film music could stand on its own as a presentation in an orchestra concert setting. He began including his film-score work while he was conductor of the Boston Pops orchestra, making the music familiar to millions, who then went to see the movies.

It was a great marketing success, and totally changed the way movies and their music were sold to the public. 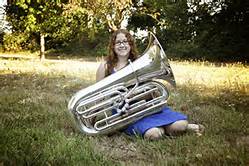 A full-orchestra score always includes a tuba. The least-known, and likely the most abused instrument of the orchestra is also one of the most important. 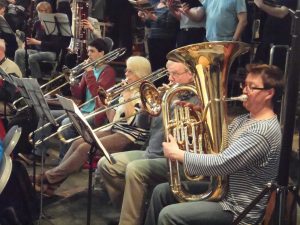 Players and listeners of rock, blues, jazz, bluegrass, and other forms of similar music always hear the bass guitar or upright bass, but may not always hear it consciously.

If you’ve ever been to a concert when the bass is interrupted by a bad cable, or speaker failure, or the player has to quit for a moment because of a broken string, you notice immediately that the bass part 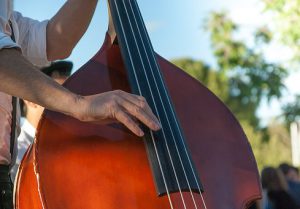 can’t be heard.  When the problem is resolved, you go back to hearing the group as a whole, without noticing the bass.

It’s the same with a full orchestra.  You may not hear the tuba when the entire brass section is playing, but you would definitely miss it if it dropped out.  It often plays the bottom note of any chord – the root – and just as a tree without roots would fall, so might the chord without its root.

The idea that tubas are just to be made fun of is, frankly, a lot of their own fault. There’s quite a lot of solo tuba literature written and performed, some of it just embarrassing, like “Asleep in the Deep’, and the ever-popular “Tubby the Tuba”. In that vein, here’s a YouTube of a tuba player attempting the piccolo solo on the Sousa march “Stars and Stripes Forever” (https://youtu.be/zmFYgc-Emmc)

Many serious pieces exist however, and can be heard whenever a talented tubist is willing. Generally, this will be in the neighborhood of a college with a true music department, where a band or orchestra director has the pull to bring that person on stage. For instance, here’s a link to the   Ralph Vaughan-Williams Concerto for Bass Tuba.

It is arguably the loudest brass instrument, but because it often plays the note of the lowest pitch, it’s very hard to hear its relative volume.

The bass in all our open air speaker systems is perceived as omni-directional, because lower frequencies are hard to tell as to incoming direction. It’s the same with a tuba – you may not be able to hear it separately, but you can feel when it’s playing. 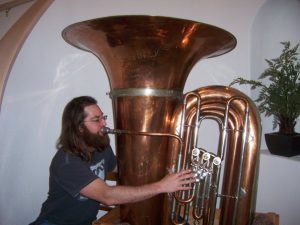 This post started out as a reaction to an image search on one of the popular browsers, the term used was ‘tuba’, and I came up with pictures of French horns, flugel horns, European tenor horns and baritones, mellophones, trombones, trumpets, and the ever-popular violin (violins? on a tuba image page? really?).

So now you know the differences between them, and perhaps why you should care.

The next time you’re watching a movie, take a moment and really listen to the soundtrack – you’ll know something now about what you’re hearing, and why it affects you the way it does!

6 thoughts on “Tuba or French horn, and Why Should I Care?”